Combine engineering practice experience and clarify the difference and connection between API 6D pipeline ball valves and API 608 ball valves in terms of structural design, performance requirements and test methods, so that the relevant parties of API ball valves can understand and adapt to the regulations and requirements of corresponding product standards.

API 608 is an additional design, operation and performance requirement in addition to the requirements specified in ASME B16.34 "Flanges, Threaded and Welded Valves", and is for general industrial users. The American Petroleum Institute formulated the API 6D "Specifications for Pipelines and Pipeline Valves" due to the particularity of long-distance pipeline engineering, which shows the different structure and functions between API 6D ball valves and AP1608 ball valves.

API 6D and API 608 ball valves have their own characteristics according to different working conditions and requirements, and they constitute a complete specification for ball valves in the petrochemical field. A preliminary interpretation and analysis of the two ball valve standards are carried out based on engineering practice.

2. The requirement analysis of the ball valve
2.1 Structural and functional requirements
Ball valves are divided into floating ball valves and trunnion ball valves according to the structure of the ball. The typical structure of a floating ball valve is shown in Figure 1. The ball has no supporting shaft, and it is supported by the valve seats at the inlet and outlet ends of the valve. The valve stem and ball are movably connected. When the valve is closed, the ball is pushed to the valve seat at the outlet end of the valve under the action of the medium pressure to make it pressured and sealed. This kind of ball valve is sealed at the outlet end (after the valve), and has the characteristics of simple structure, convenient manufacture, low costs and reliability, which has been widely used in process pipelines.

The structure of the trunnion ball valve's support plate is shown in Figure 2. The ball is supported by a support plate fixed to the valve body, and the valve seat is a piston effect valve seat. Under the action of the medium pressure, the valve seat approaches the sphere, so that the seat's sealing ring is pressed tightly on the sphere, and the sealing specific pressure is generated to achieve the purpose of sealing. The force generated by the pressure of the medium in front of the valve on the ball is all transmitted to the bearing, and the ball will not move to the rear seat of the valve; the valve seat will not bear excessive pressure. This kind of ball valve is sealed at the inlet end (in front of the valve). It has the characteristics of small opening torque and stable sealing performance. It is suitable for long-distance pipelines with high pressure and large diameters.

The API 608 ball valve is used in the process pipeline of petrochemical industry. Its function is to connect or cut off the medium. It is often used for high-temperature and high-pressure, toxic, harmful, flammable and explosive, corrosive and continuous operation working conditions, and high requirements are put forward for sealing, materials, anti-corrosion and other aspects of the valve. The API 608 ball valve has a fixed ball structure and a floating ball structure, and a floating ball structure is generally adopted. 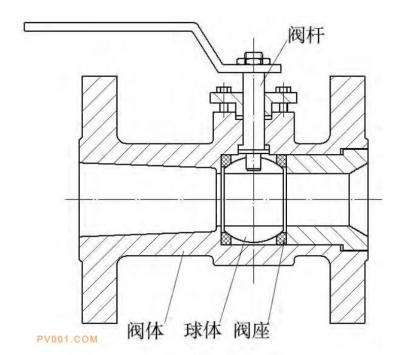 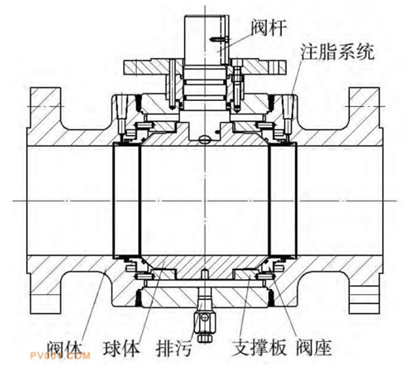